HomePress
Bedbugs Bounce Back: Outbreaks In All 50 States SF Gate 2007

Bedbugs Bounce Back: Outbreaks In All 50 States SF Gate 2007 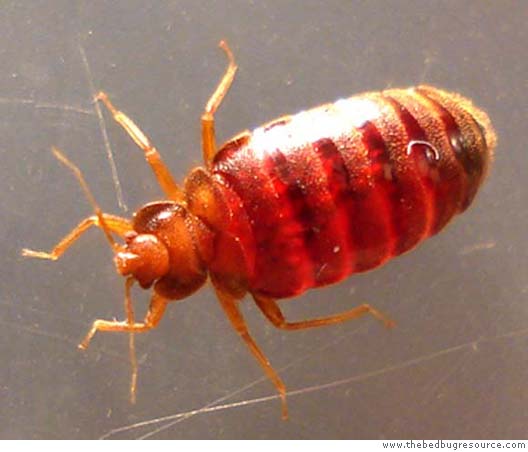 Walter has stopped hugging his friends. He is throwing out his clothes and furniture, and he rarely comes out of his Tenderloin hotel room anymore.

He’s not suicidal, but darn near. He has bedbugs.

Nearly eradicated in the United States 50 years ago, resistant strains of “super” bedbugs are infesting mattresses at an alarming rate. In what’s being touted as the biggest mystery in entomology, all 50 states are reporting outbreaks of the blood-sucking nocturnal critters.

Pest control companies nationwide reported a 71 percent increase in bedbug calls between 2000 and 2005. Left alone, a few bedbugs can create a colony of thousands within weeks.

“We never treated bedbugs until 2002. Now we have a dedicated bedbug crew working on this every day,” said Luis Agurto, president of Pestec in San Francisco.

Agurto’s arsenal includes a vacuum, steam heat to cook the bedbug eggs and targeted spraying of insecticides. It takes three, eight-hour visits and about $500 to $750 to exterminate one room. A whole house would cost closer to $5,000.

The bulk of Agurto’s clients live in low-income hotels and shelters in the Tenderloin, but he’s been called to five-star hotels and suburban homes in Walnut Creek.

Bedbugs have been found in moving vans, public transit seat cushions, airplanes, college dorms and even a Bay Area meditation retreat. They spread by hitching a ride on your clothes or in your luggage and crawling off to infest your home or apartment building.

Nearly 300 bedbug infestations were reported to San Francisco health officials in 2006, more than double the number in 2004. Most of the cases involved travelers discovering bedbugs in upscale hotels.

The size and shape of a lentil, bedbugs lay eggs during the day and hide in your bed, clothing and light sockets. At night, they suck your blood, leaving itchy bumps on your skin and little bloody excretions on your sheets. They don’t pass diseases, but they are incredibly difficult to exterminate, even following their blood hosts who move to new apartments trying to get away.

The bedbug resurgence has sparked Web sites like bedbugger .com, where people share extermination tips, bite mark photos and counsel each other through the stigma. There are bedbug symposiums, cover stories in American Entomologist magazine and dozens of videos depicting infestations on YouTube. California just issued its first state bedbug guidelines, and New York lawmakers want to ban the sale of reconditioned mattresses after 4,600 bedbug cases were reported in 2006.

“The Laundromat near my building is packed, the tenants are in there, washing everything they own and giving each other knowing glances,” said Walter, who has been battling bedbugs for five weeks and fears he will be kicked out of his Tenderloin studio and made a pariah if he reveals himself.

Lady Bug, a beagle professionally trained to sniff out bedbugs, makes regular rounds with Agurto’s Pestec crew in San Francisco. On Friday, the dog inspected Tina Blade’s room at the Empress Hotel in the Tenderloin, smelling the bed frame, baseboards and carpet.

To Blade’s relief, Lady Bug deemed the room all clear. Blade is not among the dozen people who have had bedbug infestations in the 90-room Empress, but she has been bitten at other single-room occupancy hotels in the neighborhood.

“I’d always heard that nursery rhyme, ‘Don’t let the bedbugs bite,’ but I never knew it was real until I moved to San Francisco,” she said.

Empress manager Roberta Goodman is proactive about bedbugs. She conducts tenant meetings, keeps Pestec on call and has Lady Bug in every month to make sure the bugs are staying at bay.

“I can keep our community educated, but I can’t control the guests who are coming in and out; that’s why we do monthly checks,” she said.

Bedbugs were nearly eradicated after World War II, when exterminators and homeowners used DDT to get rid of the pests.

Experts say bedbugs are making a comeback because of increased global travel and a shift toward less-toxic pest control. As people are backing away from harsh chemicals and indoor spraying, the bugs are becoming increasingly resistant to the pesticides.

“We don’t use as harsh chemicals as we used to, we don’t spray mattresses with insecticide before selling them anymore, and the bugs are getting increasingly resistant to the few chemicals we have left,” said public health biologist Laura Krueger, who wrote the new bedbug guidelines for the California Department of Health Services.

Nearly all exterminators use pyrethroids, which are a synthetic version of pyrethrum, the substance found in chrysanthemum flowers. But last fall, at the University of Kentucky, some of the nation’s best bedbug researchers delivered some sobering news — while they could kill bedbugs born in the lab with pyrethroids, four groups of adult bedbugs brought in from the outside were unaffected.

Because bedbugs are such a new phenomenon, people don’t know what to do about them and are often unwittingly making their problem worse, said Nobugsonme, a New York woman who runs the bedbugger.com Web site to help sufferers cope.

A victim herself who wanted to remain anonymous, Nobugsonme said in a phone interview with The Chronicle that a series of pest control visits is the only way to get rid of the bugs. Moving the mattress, sleeping in the living room, using a bug fogger or moving in with a friend will only relocate the bugs, she said.

“People who throw away all their possessions and battle this for months and spend thousands on pest control only to relocate and have the bugs reappear are really traumatized,” she said. “They are getting only a few hours of sleep at night, they feel itchy all the time, some go to therapy over it.”

Thirty percent of people don’t have skin reactions to bedbug bites, and may not notice an infestation until it has gotten out of control.

Pest control researchers are experimenting with alternatives such as steaming or freezing the bugs to death, and some New Jersey exterminators are gassing them with the termite killer Vikane.

Bedbugs give off a distinctive odor, described as rotting coconuts, and that’s probably how the males and females find each other, he said.

“If we can mimic that funk, that stink, I think we could make baits and monitor them,” Lewis said.

Until the experts figure it out, bedbug sufferers will have to help each other fight back and raise awareness.

When Atlanta filmmaker Kyle Tekiela made a short bedbug film noir and put it on YouTube, he was shocked by how many people contacted him begging for help with bedbug problems.

“Students from all over the country sent me videos of their dorm rooms,” Tekiela said. “This one guy did a 360 where the ceiling meets the walls and there was a three-inch band of bedbugs all the way around.”

For the National Pest Management Association, go to: links.sfgate.com/ZCF

For a youtube.com bedbug video, go to: links.sfgate.com/ZCG

Bedbugs in your house: