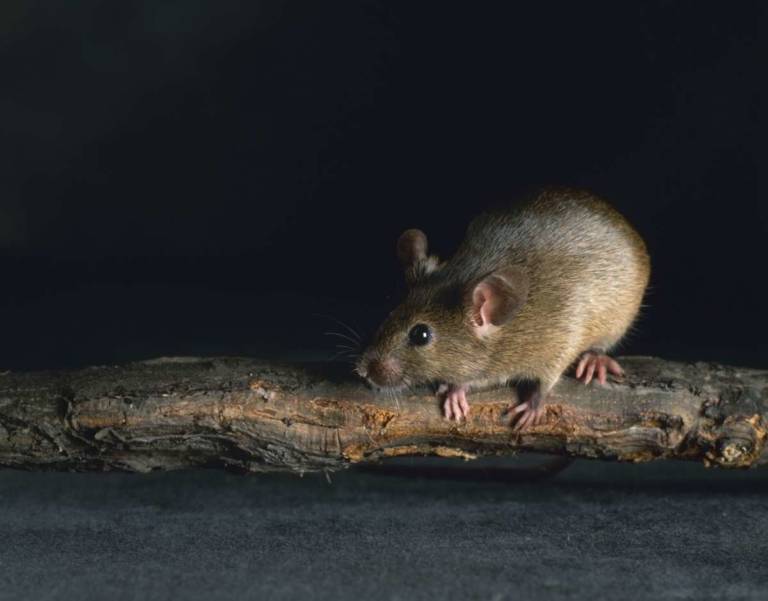 A rat race of sorts is happening in San Francisco, where rodent complaints have surged in the past five years.

Since 2012, San Franciscans have steadily reported more rat sightings to 311, San Francisco’s official site for information and complaints. This year, the agency received around 848 calls from January through August and, if the numbers continue at the same rate, it’s projected that there will be about 1,272 calls made by the end of 2017.

“We get complaints for rats all over the city,” said Nader Shatara, senior environmental health inspector for the Vector Control Program at the Department of Public Health.

When residents call 311 to report a rat sighting, 311 directs those calls to the Department of Public Health where investigations are opened and can eventually lead to service requests.

Shatara says that the Vector Control Program responds to those complaints by surveying the areas to determine the source attracting rats. But before they do that, they need to identify the rat species — roof or Norway rat.

Roof rats are climbers and usually live above ground, such as in attics, while Norway rats, commonly known as sewer rats, are stockier rodents and burrow underground in building foundations, rubbish or woodpiles. Both are introduced species.

Regardless of rodent dwelling preference, one of the main culprits that summons each species is excess and uncovered garbage.

“If food or garbage is mismanaged, that would attract both types of rats,” Shatara said. “They could travel about 1,000 feet from their nest to a food source and everyone has the potential to see them, but when it becomes very frequent we try to address that.”

The city is in fact addressing these issues. According to the DPH, San Francisco oversees a budget of $200,000 that’s used to tackle rodent concerns and abate sewers around the city. Half of that money goes straight to Chinatown alone, while the rest is split up amongst other neighborhoods in SF.

“We’re there [in Chinatown] pretty much every other week,” said Luis Agurto, president and CEO of pest-control firm Pestec. “There are some very old brick-lined sewer systems there, so there are more crevices for rats to go in.”

That’s not to say that Chinatown has the most rats compared to other neighborhoods, said Lisa O’Malley, principal environmental health inspector from the Food and Safety Program.

“The initial revenue was determined several years ago, since Chinatown is the most densely populated neighborhood in SF with a large residential and commercial mixed community,” O’Malley said.

Still, Agurto noted that rodent pressures have historically existed in Chinatown and excess waste in the areas have additionally contributed to rat problems there.

Similarly, SOMA and the Mission corridors have higher populations of people and also produce a lot of waste, which makes those neighborhoods rat hotspots, according to Agurto.

Trash is certainly one factor that attracts rodents, but it’s not the only thing.

Construction zones around SF play another role in the number of rats people keep seeing on streets, according to Larry Kessler, manager of the Healthy Home Vector Program.

“There’s tunneling projects here, lots of digging and lots of vibrations that disrupt where they live and that spreads where they are,” Kessler said.

It can even spread rodents to where you’d least want to see them: Agurto says that construction can cause breaks in underground pipes that may lead to residential buildings — and offer rats an awkward entrance into your bathroom.

“Sometimes they can come out of toilets,” Agurto said. “That happened three or four times last year.”

Adding to the list of reasons why rats get exposed is the the rainy season, which can cause sewers to flood and push rats onto streets. That doesn’t mean the population has grown, however. It just means that they were driven out of their habitats, Shatara said.

Pestec helps abate sewers in Chinatown and other neighborhoods by using lethal rodenticide bait blocks. The bait is placed in manholes through wires; once rats consume them, they die in a matter of days.

Since the ingredients used in the bait can cause secondary poisoning, Agurto says the bait blocks are limited to underground surfaces where rats are less likely to get picked up by other creatures trying to eat them.

Rebecca Dmytryk, owner of Humane Wildlife Control, doesn’t think killing rats is the right solution to combat rat woes, and wants people to know they have another choice.

“You’re never going to win the war on rats outside if you’re trying to do it by lethal means,” Dmytryk said. “You have to look at them as the symptoms, not the cause.”

Humane Wildlife Control addresses the problem by sealing holes in buildings that can create entry points for rodents, and then they set up live catch traps to capture rats. Once rats are caught, they’re released right in the backyard. Dmytryk believes people can still protect their property by controlling resources that attract rodents in the first place, like food and shelter.

“The houses that have the worst infestations are the ones that have clutter everywhere, inside and out,” Dmytryk said. “If we kept our city clean, where we didn’t provide food and shelter for these animals, we wouldn’t see as great a presence.”

As the city continues to address rats, Shatara believes San Francisco’s rat issue isn’t an epidemic, but rather an endemic feature of the area.

“Rats are part of the fauna in the city and there is always an occurrence, but when they start to harbor that’s when we step in to address them,” Shatara said.

If you see a rat in your neighborhood you can report the sighting to 311 by calling or visiting their website or direct your call to the Department of Public Health at (415) 252-3930.