HomePress
These Colorful Dots Are For Your Health KQED 2017

These Colorful Dots Are For Your Health KQED 2017 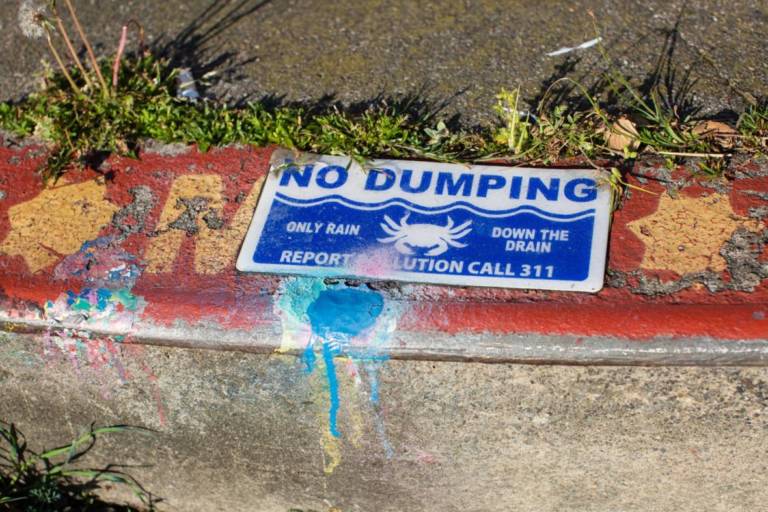 You know when you first notice something, and then you can’t ever “unnotice” it? A year ago that happened to Zak Brazen when he noticed a pattern in several local communities. He asked Bay Curious …

“Why Are There Colorful Dots Above The Drainage System? And Who Puts Them There?”

The dots are located above storm drains around the Bay Area, usually on curbs. They’re spray-painted layer upon colorful layer and look like a work of abstract art.

To Zak, they seem like they’re painted intentionally, and reminded him of the clusters of colorful thread he once saw in the back alleys of cities in Morocco.

So what’s the deal with the dots? 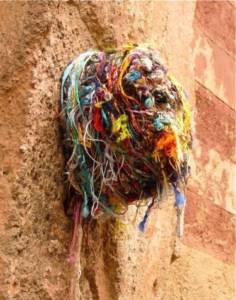 These colorful bundles of thread can be found on the
walls of back alleys in Morocco in cities like Marrakech
and Fez. (Zak Brazen)

But Why The Dots?

One Thursday, I joined Jake Munoz of the SF MAC Team on his morning route. As the first long rays of golden sunlight illuminated the pollinated spring air, Munoz led us up and down the hills near City College, pedaling past pastel homes and garbagemen on their routes. 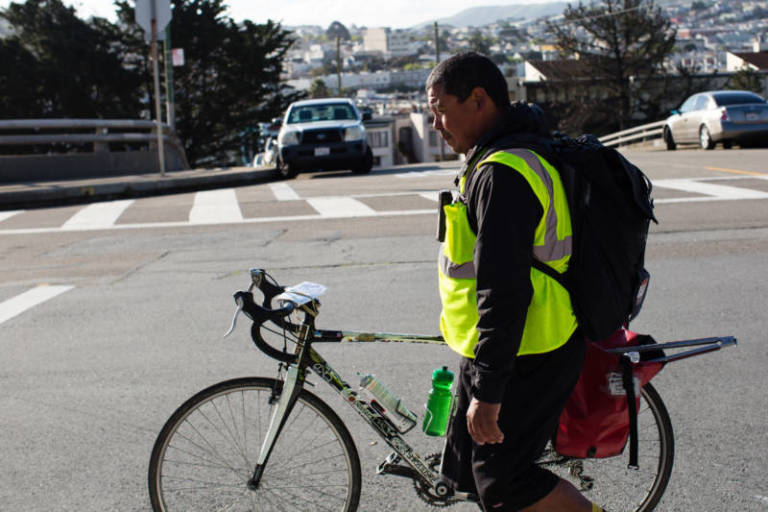 Munoz stops his bike at every single storm drain. Using tongs, he picks up a little white plaster brick that’s laced with methoprene, and drops it through the grate. A moment later, we hear a small splash.

Rather than killing adults, methoprene works like an insect hormone, preventing normal growth. It halts egg-laying, hatching and development. The pesticide was found to have minimal effects on terrestrial animals, and is used around livestock, grain, corn, mushrooms and peanuts. Methoprene residue can be found in some cereals. 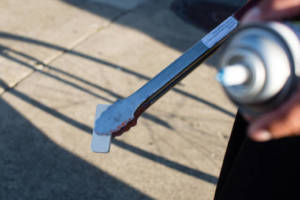 Each day, Munoz drops those little methoprene bricks into roughly 120 drains. After finishing each one, he sprays a dot on the curb above it to signify that the drain has been treated in the last 100 days. On this day, Jake uses blue spray paint. He covers the previous dot left after the last treatment less than 100 days ago.

Dot placement varies from drain to drain. Some dots look like colorful bull’s-eyes, and some are sprayed in a messy line. Others leave artful drips down the curb. 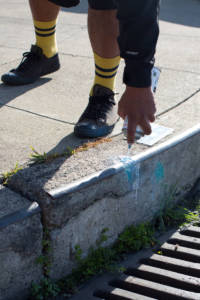 Before being a mosquito abatement courier, Munoz worked at a desk doing CAD modeling.

“I just got tired of sitting at a computer all day, so it’s good to be outside riding my bike,” he says.

Spending so much time on the road does have its drawbacks. He’s been hit by cars half a dozen times, and twice badly.

“I got my ankle run over one time. It looked like a seven-layer dip. It pinched the bone to the concrete. It was a nasty open wound for quite some time,” Munoz tells me.

He finds himself explaining what he’s doing to a lot of suspicious people who see him wielding a spray-paint can.

“Some people think it’s art. It kinda looks like it! I mean, you make your next dot a little over to the side so the previous one shows. … I do think about it,” says Munoz.

When he’s not on the clock, Munoz is a graffiti artist. He started his art when he was 12 years old, and recently helped paint a large mural behind the Mission Cultural Center. He uses his artistic eye to help choose the dot color schemes with his supervisor, Lorae Fernandis, who is also an artist, working in textiles and fiber art. In fact, many of the team members are visual or musical artists. 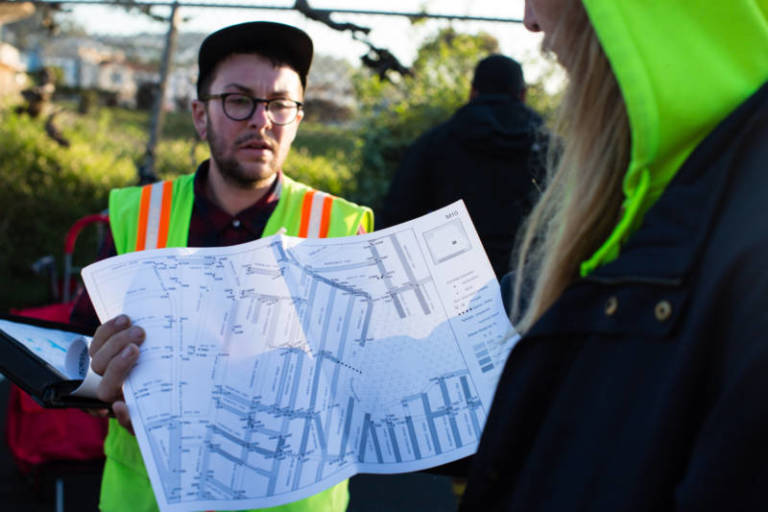 Right now, the team is starting this season with blue, but “that wasn’t our choice,” Fernandis says.

They are planning on using pink next, then orange.

So while the dots do have a practical application — to signify that drains have been treated for potentially deadly mosquitoes — they are also the work of artists.

You can visit the SF MAC website to see what color a particular dot should be.